Our History, Our Stories

You are here: Home / Things to see and Places to stay in the area / Our History, Our Stories

Our History, Our Stories

In August 1925 the American Battle Fleet visited Australia and New Zealand marking the alliance between America and the British Empire.

Albertland photographer Harold Marsh was enthusiastic about all things military, having been a Lieutenant in the Rodney Mounted Rifles.  The Fleet visit was not to be missed so he packed up his bulky glass plate camera and caught the train to Auckland.

The warships had been open daily to the public, ferries providing transport to the larger vessels. Only the ‘’California’ was berthed at Prince’s Wharf; the other battleships rode at anchor in the channel.  Harold Marsh’s camera captured images of ferries, seaplanes, battleships, naval cutters and the Auckland wharves;  a precious record of an historic occasion. 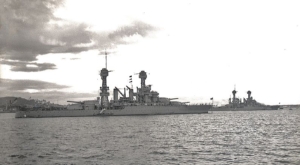